HOME IS WHERE THE HEART IS

Despite earning himself one the most recognisable faces on TV,
James Martin never lets himself stray too far from his roots. If he
isn’t dressing dishes with olive oil in the kitchen, he’s hard at work
with motor oil in the garage. The British chef discusses his love for
home-cooked food, automobiles and all things Yorkshire. 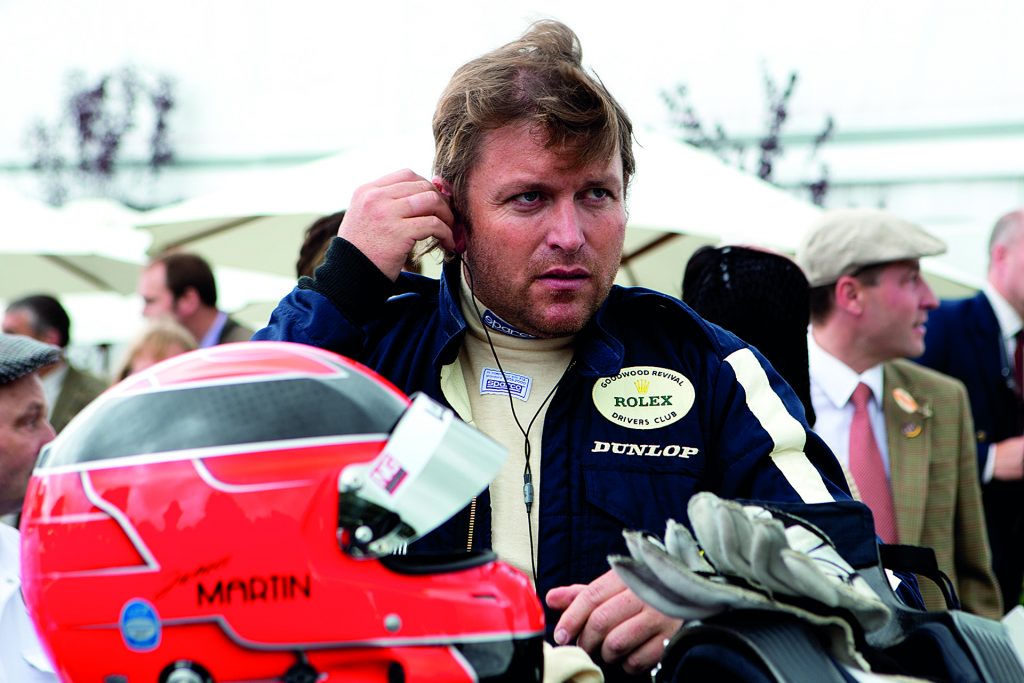 “ I was lucky enough to
work with a lot of great
chefs at a young age.”

Home Comforts. The title of James Martin’s hugely successful BBC TV series and follow-up cookbook reveals a lot about the man himself. “Some people love all the fame, the glamour and the posh awards evenings,” James says with a smile. “But I’d much rather just go home for the evening.” This love for the simple pleasures of home, family and good food stretches all the way back to his upbringing on a farm in North Yorkshire.

Born into a farming family on the Castle Howard estate, James Martin grew up around food, quickly learning about different production and cooking methods. “My family were farmers, so I was able to understand a lot about food from a young age,” he says. Having helped his parents with the running of the farm, James’ formal training began at sixteen, when he started at Scarborough Technical College. “I wasn’t too good at anything else,” he chuckles. “So I threw everything into cooking.”

But life on the farm didn’t just instil in James a talent for cooking; it introduced him to a passion he still holds close at heart. “I grew up with engines,” he says. “I remember flying remote control aeroplanes and riding with my father in our Ferguson tractor.” This zest for automobiles is evident in the impressive collection of classic cars he has developed over the past 20 years. One of his most recent acquisitions is a Citroen 2CV, which used to belong to Keith Floyd, the late TV chef and restaurateur. “I’m very proud of that one,” he smiles.

After graduating from catering college, James moved down to London to begin at One Ninety Queen’s Gate, the modern British and French restaurant in the heart of Kensington. Being a long way from the comforts of home, this was a big step for the kid from Yorkshire. But James made the most of the opportunity, working with a variety of well-known chefs and further developing his rapidly growing bank of skills and knowledge. “I was lucky enough to work with a lot of great chefs at a young age,” he says. “I think that really reaffirmed my love for cooking.”

In 1994, just after his 22nd birthday, James had his first big break: he was appointed head chef at the Hotel and Bistro du Vin in

Winchester. There he became known for his tendency to change the menu every day, and it was this reputation for hard work and innovation that earned him the attention of the BBC TV show, Ready Steady Cook. He instantly became known as the bandana chef. “It had to be done,” James says with regard to the famous bandana. “I was six foot three so was too tall to wear a chef’s hat on TV.”

A stream of TV shows followed, including Saturday Kitchen, which James presented from 2006 until 2016, gaining around three-million viewers each week. “The thing with TV is that it’s not just about cooking,” he says. “It’s about listening to guests and having interesting conversations.” His personable attitude and knack for asking engaging questions took him beyond the world of cookery shows, gifting him an opportunity to meet his all-time hero, Sir Jackie Stewart. The pair were filmed for a one-off BBC special, during which they drove through the alps in a De Tomaso Pantera supercar discussing Sir Jackie’s life and career. “I’ve looked up to him ever since I was a kid,” James says. “So that was really special.”

During his time on Saturday Kitchen, James insisted on working exclusively with Sub-Zero & Wolf products, establishing a relationship with the brand that continued through to his Home Comforts series and beyond. Today, his kitchen at home includes the iconic Wolf Range Cooker, the Pro 48 Sub-Zero Fridge Freezer and plenty of other accessories. “They’re simply the best products available on the market,” he says. James has also been known to pop into the Sub-Zero & Wolf showroom on Brompton Road, entertaining guests with impromptu cooking demonstrations.

But despite having a charming public persona, a number of highly successful restaurants and one of the most recognisable faces on TV, he has never strayed far from his North Yorkshire roots. “I love my work, but I like to be out of the spotlight too,” he admits. “I go home for Sunday lunch when I can. My mum makes better roasties than anyone I know.” He chuckles. James Martin knows it better than most: sometimes there’s just nothing better than home comforts.