ON THE WINNING TEAM

One of England’s greatest strikers and now
one of the country’s best loved TV presenters,
Gary Lineker has excelled in every career he
has embarked on.

We join him for coffee and a chat in
his South West London home. 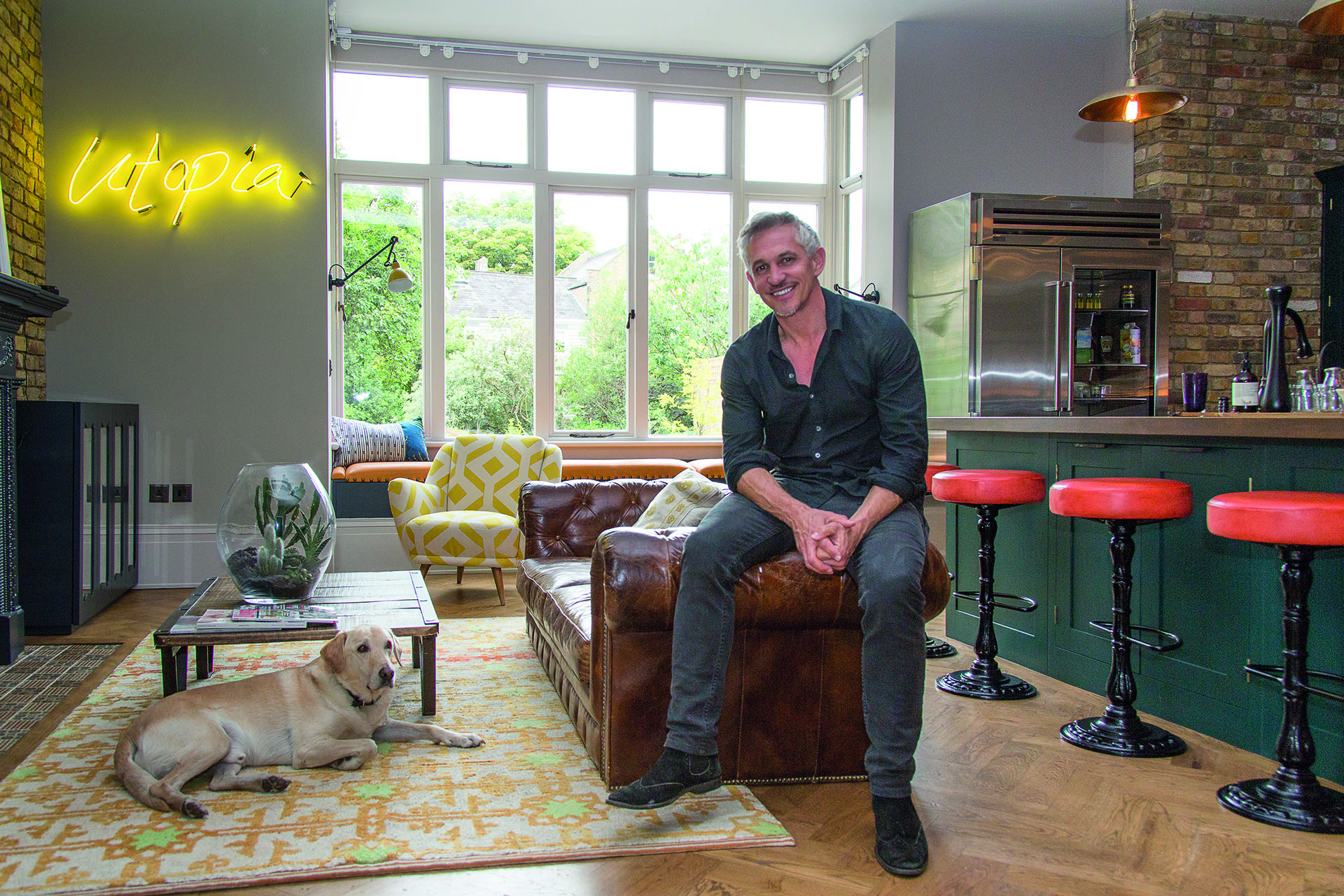 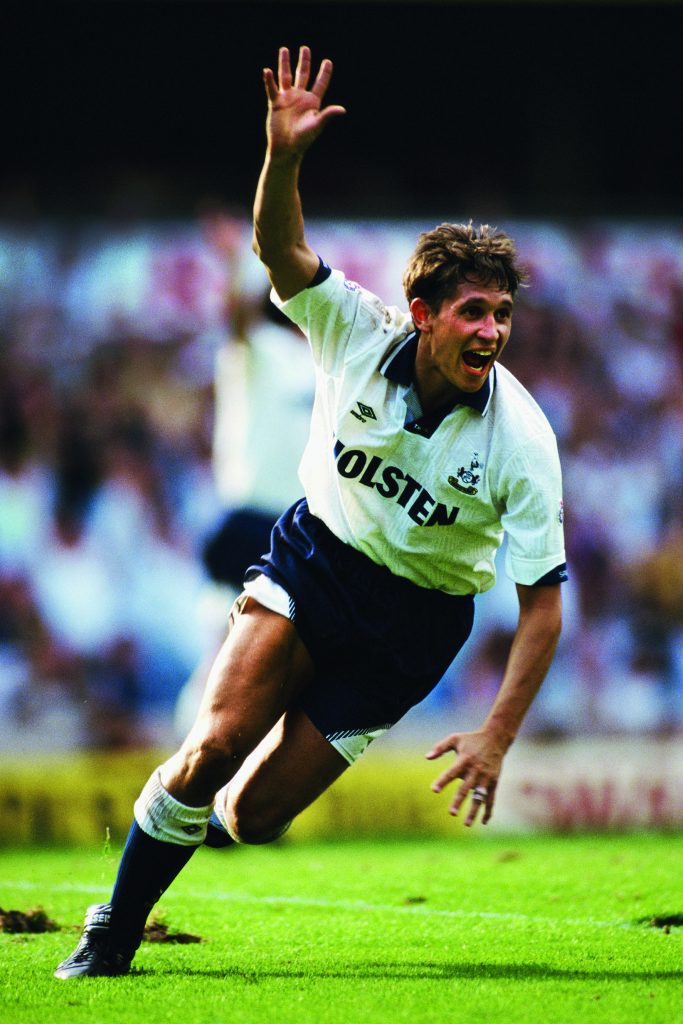 It’s a mild Thursday afternoon in November, and we’re drinking coffee with Gary Lineker at his family home in Barnes, South West London. “The general area is wonderful,” says Lineker, as we discuss Barnes, a quiet green neighbourhood nestled within a bend of the River Thames. “I love being close to the city, but like to be able step back, relax and enjoy the slower pace of life too.”

But as much as he values the quiet life, Lineker is by no means slowing down. He’s in his 18th year as presenter of Match of the Day, and has every intention of continuing for the foreseeable future. “I love the show. It’s part of me, and I’ll be there as long as they’ll have me.” At 56, he’s been a mainstay of sports punditry since his retirement from the game in 1994. “Even while I was playing I knew I wanted a career in the media,” he chuckles. “In many ways, I think my whole time playing was gearing me up to TV journalism.” 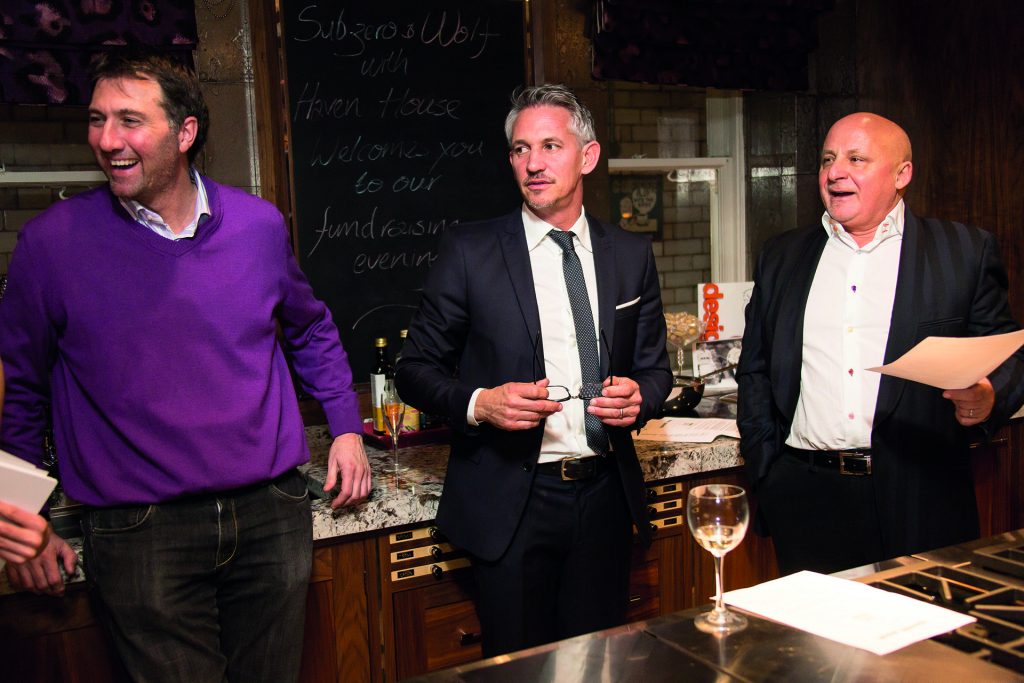 “I think we
have a greater
understanding
of nutrition
now. We
certainly didn’t
when I played
football.”

Although he may now be most recognisable as the driving force behind Match of the Day and BT Sports’ football coverage, his playing career was hardly a warm up. Lineker remains the English record holder for goals scored at FIFA World Cup finals, with ten goals, six of which earned him the Golden Boot at Mexico ’86. He also holds the impressive record of having never received a red or yellow card during his 16-year career, an achievement that is unheard of for players who’ve enjoyed extended careers.

Lineker hops down from the red leather-topped barstool to pour some more coffee. With exposed brick, peacock green cabinetry, a large steel countertop island and a comfortable living area, his kitchen space has a bohemian feel to it. “It’s a great room for having people round,” he says. “There’s a little bit of a Soho House vibe, which I like.”

Never one to scrimp on quality, Lineker has fitted his kitchen with a Sub-Zero refrigerator and freezer, a Wolf Dual Fuel Range with a Pro Wall Hood, and a Wolf Griddle and Teppanyaki. “I love that fridge!” he says. “And I’m so happy with the whole set-up I’ve got here. All the appliances are aesthetically pleasing and beautifully made. They feel so solid and strong; you can tell they’ve been expertly manufactured.”

When asked whether he’s the head chef in the house, Lineker responds with a wry smile. “I find cooking quite relaxing,” he says, and, after a short pause, adds “I wouldn’t claim to be particularly good, but I conjure up the odd thing every now and again.” One gets the sense that although he might not do most of the cooking, he certainly enjoys spending time in the kitchen. “I really am lucky to have a nice big kitchen with plenty of living space,” he says. “When I’m home I’m usually in here, chilling and relaxing. Either that or I’m down in my man cave!” 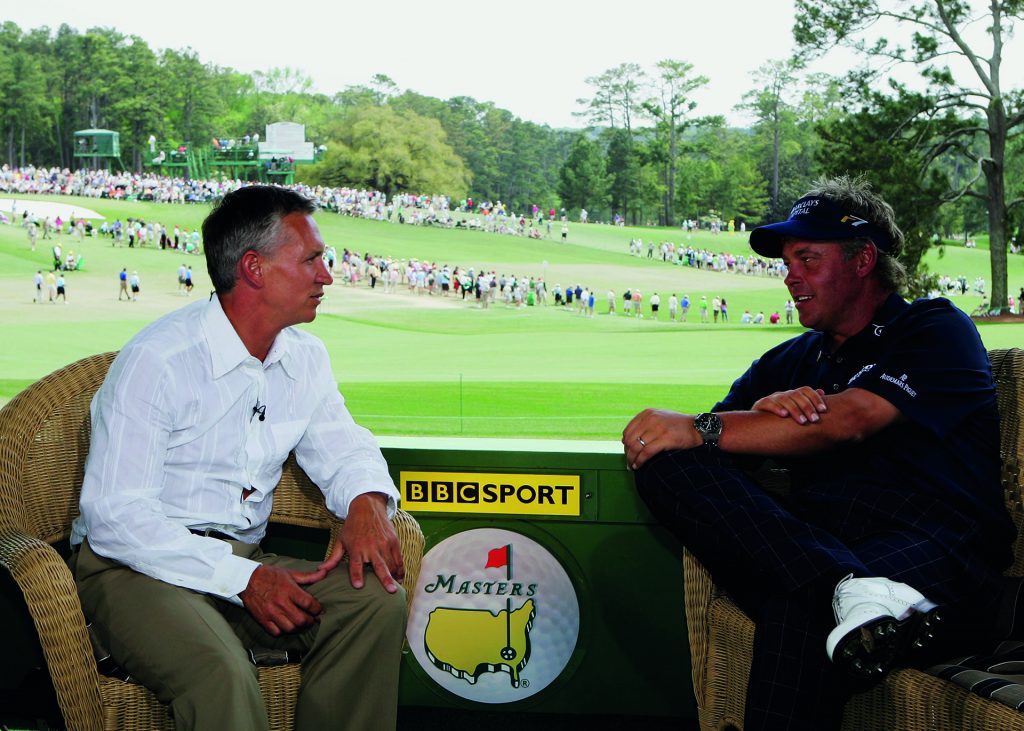 Left: Gary talks sport in his current role as a pundit.

“I have a couple of brilliant wine racks
and fridges. I’ve been known to open a few
bottles and treat myself every now and again.” 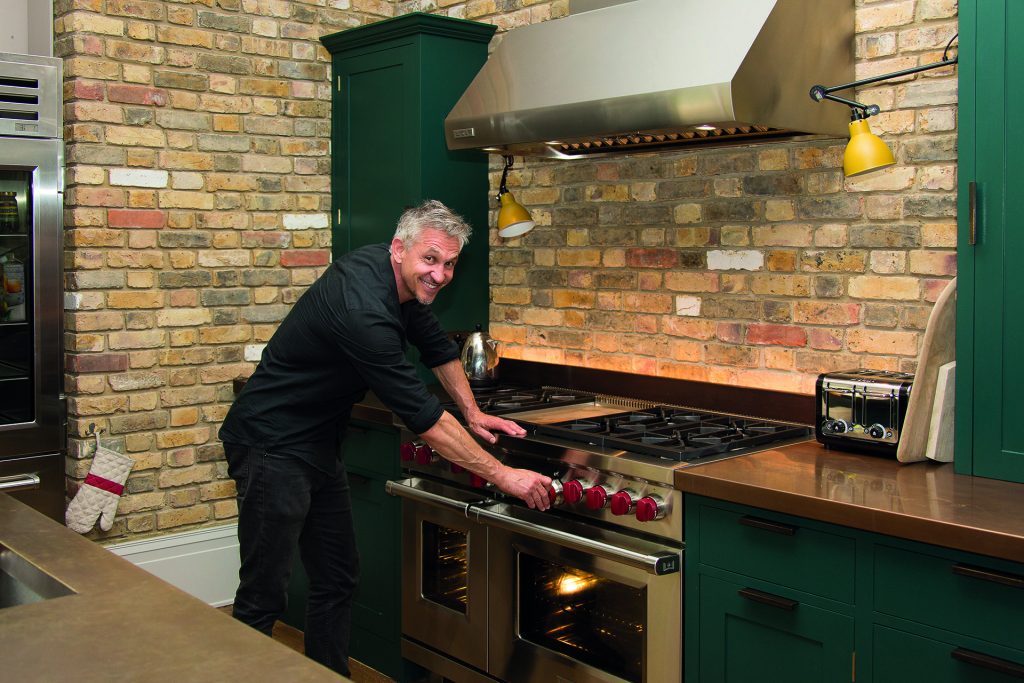 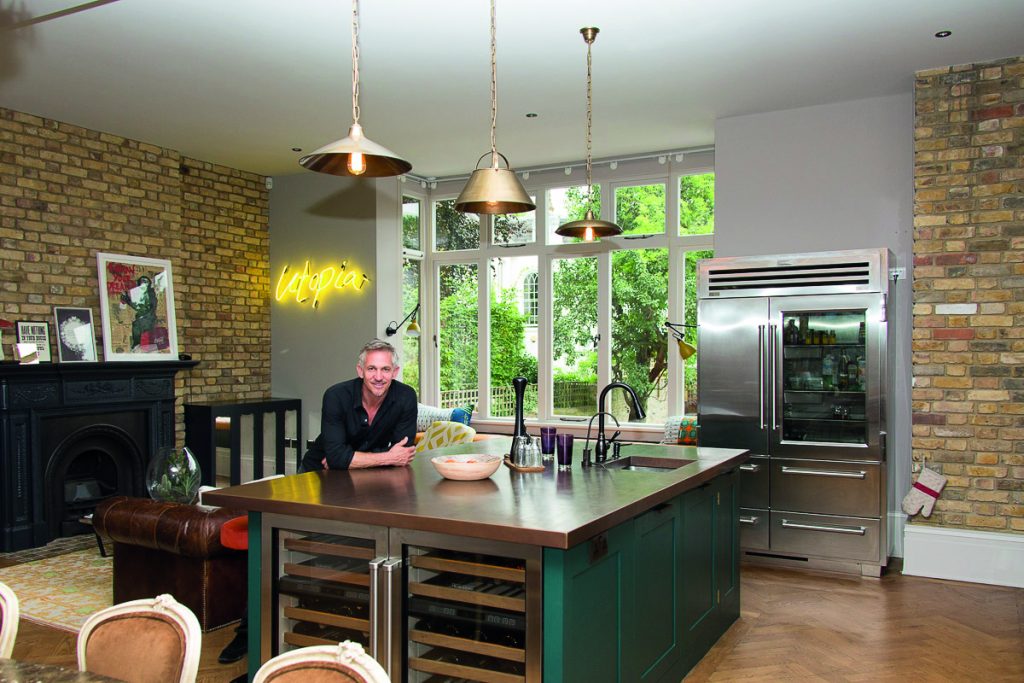 Keen to show us around, Lineker leads us out of the kitchen and down to his man cave, where he admits to having hosted a few boys’ nights in. Lining one wall is a Sub-Zero wine storage unit. “I love good wine,” he says. “I don’t necessarily have a particular favourite, but bold reds from Bordeaux usually hit the spot. As you can see, I have a couple of brilliant wine racks and fridges. I’ve been known to open a few bottles and treat myself every now and again.”

But odd treats aside, Lineker acknowledges that he is much more conscious of healthy living now than he ever was as a footballer. “I think we’ve got a greater understanding of nutrition now,” he admits. “We certainly didn’t when I was playing. We used to eat steaks or crazy stuff just before a game!” Lineker laughs at the thought of it, and it certainly seems a far cry from where we are today – an age in which players have strict diet plans, regimented meal times and personal nutritionists.

Although he doesn’t impose too many dietary restrictions on himself, Lineker knows the importance of staying in good shape. “The older you get the more you have to apply yourself to fight off the things that kick in as you age,” he says. “I have to work hard because I love food, I really love food.”

Back in the kitchen, Lineker clears the coffee cups away and chats casually about his plans to go out for dinner with his sons that evening. In the corner, a bright neon yellow sign reads ‘UTOPIA’ – perhaps a little something Lineker has fitted to remind himself of his lot in life. “I feel very lucky,” he says. “I’ve got a beautiful house, an incredible family and a job involved in a sport that has formed such a big part of my life; it’s not bad, is it?”